> Check out our NEW Enrollment Widget

Book a demoContact Us 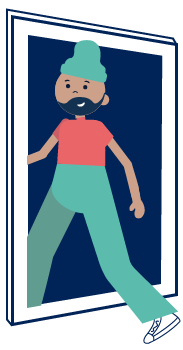 Bringing people in is exciting, but watch the back door

If you’re like most banks and credit unions, you’ve nailed down goals for new customer and member acquisition. Marketing knows that the target cost for checking account acquisition is $350, and they have plans to drive long-term profitability through cross-selling. What could go wrong? (Hint: The back door is mobbed.)

One of the first questions we ask banks and credit unions is about attrition rates. Whether it’s a small institution or one of the largest, getting answers can be challenging. An executive might quote an attrition rate, but it usually sounds like a rough guess. Other times, they need to run a report, dive into the numbers, or can't access the data.

What’s worse than someone closing their account? Someone that doesn’t use their account but keeps it open. They haven’t left, but they aren’t there. This is known as silent attrition. Underutilized accounts negatively impact your bottom line.

To illustrate the point, let’s look at the recent shuttering of Simple. BBVA shut down the unit six years after buying it for $117 million. When BBVA made the acquisition, it said Simple had 100,000 customers. However, reports suggested a lower number of around 33,000 active customers. There's a big difference between paying $1,170/customer and $3,545/active customer. Hitting a cost per account acquisition target is irrelevant if the accounts don’t turn into engaged and profitable relationships.‍

Since digital-only banks don’t have the same customer-acquisition opportunities as traditional institutions with branch networks, marketing is a major cost, representing 25 to 35 percent of total operating expenses. While Neobanks are bringing users in the door in droves, most aren’t able to turn account openers into engaged and profitable relationships.

How hard could it be to engage people that opened accounts last year but haven’t used them? It turns out, it’s nearly impossible. If you don’t engage new customers and members in the first few months, your chances of succeeding are uncomfortably close to zero.

Someone told us that their bank’s overall attrition rate was 10 percent. When we asked about the percentage of new checking account openers that closed their accounts within the first year, the figure wasn’t readily available.

High first-year attrition rates signal an onboarding problem. Customers and members took the time to research, choose your institution, and open accounts. Too often, enrolling in digital banking is difficult, updating automatic payments is tedious, and switching direct deposits requires too many steps. They wanted their new accounts, but friction likely got in the way.

If you think that a 40 percent first-year attrition rate is alarming, you may not want to know what the largest institutions in the country have discovered. First-year attrition rates can run as high as 80 or 90 percent when checking accounts are opened online. The story is particularly dismal when customers and members don’t live near a branch.

Online account openers have sky high expectations. They want opening a new account to be as easy as shopping on Amazon®. Once they get through the process, they expect the new customer or member onboarding experience to be just as easy. They opened their accounts online. Don’t surprise them with an archaic onboarding experience. If you’re bombarding them with paper welcome kits, basic emails, mailers, and phone calls, it won’t end well.
‍
Remember this: